DISCLAIMER: Growing Awareness Pty Ltd as publishers of this web-site do not dispense or recommend medical or psychiatric advice, nor prescribe the use of any technique as a form of treatment for any diagnosable medical or psychiatric conditions. Any such action should only be taken either directly or indirectly on the advice of a physician or a qualified therapist.

None of the first four kinds of relationship described below, are recommended and they certainly don't do anything to help the partner's sense of individual freedom or independence. However most of us have often experienced some or all of these four in the past and hope to avoid them again in the future. I have included them as a comparison before looking at number 5, which offers a more useful idea of how a functional grown-up relationship might be defined by the partners themselves. The other reason for looking at these "not so successful" types of relationships is that it helps to illustrate the importance of maintaining a sense of individual freedom and independence  if a relationship is going to be positive, long-lasting and loving.

This type of relationship is  typically found in tradition bound, conservative male dominated Christian and Muslim and similar traditional societies. The male is regarded as unquestionably dominant and the female subservient to him on most matters both within and outside the family. Patriarchal relationships treat women as weaker, less intelligent and therefore entitled to be controlled by the stronger male.

·       Power and control very largely in the hands of the male.

·       Little opportunity for the female to experience life as an individual.

This type of relationship while theoretically acknowledging the male as the 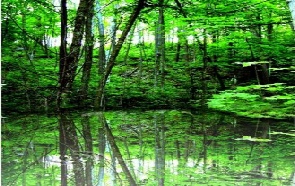 head of the partnership in practice places the female in the position where she exercises a subtle but powerful form of control. This results in her having the final say on most significant family issues. Matriarchal relationships tend to position men as being at best, "little boys" who need to be guided by stronger women when it comes to making important decisions. This form of relationship is common in many traditional Mediterranean, Eastern European and Jewish societies.

·       Neither male nor females feel much sense of independence or freedom to be themselves as individuals.

The relationship is seen as more important than the independence of either individual. Each partner is focused largely on trying to make the "relationship" work. Each partner feels the loss of self (their individual identity.) And, while each partner may recognise this loss, they each tend to blame the other partner for causing it.

·       Each partner is unconsciously trying to extend their power and control over the other in the belief that will somehow help make the relationship more stable and that this in turn will cause them to feel happier or like themselves more than they have in the past.

·       Typically a co-dependent relationship allows neither partner very much room to experience life or to grow as an individual.

In a relationship like this, each partner describes themselves as controlled by the other. However, what one is experiencing as "control" is almost totally opposite what the other is experiencing.  One of them is focused on trying to prevent their partner from abandoning them. Let's call that partner "Aban”.  The opposite partner whose control issues are about trying to avoid being smothered or engulfed we will call "Engul".

Typically when Aban experiences  a sense of being abandoned or alone he or she panics and starts working overtime to force Engul to come closer.  As a result, Engul with strong engulfment issues becomes agitated about being over-controlled by Aban.  Engul will feel he or she is losing  individual identity. The more Aban tries to keep Engul close to them, the more Engul will feel  smothered or controlled by Aban. This increases the chance that Engul will naturally try to spend even less time with Aban in order to maintain his or her (Engul's) sense of identity.

Since they do not like being controlled themselves an Engul partner trying to protect their individuality may have a fear that they will appear as "too controlling"  So they tend to avoid methods of control like manipulation that they regard as "dishonest". An Aban partner on the other hand may be inclined to use almost any technique including manipulation to try to force Engul to come closer.

This pattern is often described as a kind of dance. Go to Abandonment and engulfment issues

Maintaining  individual Power and control is more important than almost anything else in this kind of relationship. Neither partner experiences much sense of independence in the relationship.

5. A Grown up Relationship

One of the comfortable features of this kind of relationship is that issues around power and control take-up very little time and seldom assume much importance for either partner. A peaceful relationship is not one that is free of conflict. It’s one where both partners have the ability to deal with conflict in fair and moderate ways that are comfortable and easy to use and work for each person.

As they follow their own set of working  guidelines (examples only below) which they work out  for themselves, grown-up partners learn to define and agree on how their particular relationship can work best for them. There are no fixed or standard rules, each couple has to work out their own set of rules between them. However typically some of the guidelines will focus around issues like:

* ways they are both comfortable with for developing strong personal bonds and ways of connecting closely and comfortably with a high level of trust, mutual respect and friendship

* at the same time, allowing each partner plenty of room to maintain their individuality, that is each person allowing the other as much space as they need to continue being who they are as an individual

* ways of developing closer intimacy at times, maintaining strong individuality at other times

To achieve this kind of outcome both partners will need to become well practised in different grown-up partnership skills. These will in themselves help define the nature of their individual relationship for example:

* working out ways that suit both partners that allow them to share a resource that is limited, for example, time, money, physical energy, space, professional activities and so on. For example: For how long and how often does each person want to spend time with the other and how much time apart? How will expenses be shared? What expenses will not be shared?

*  a willingness to experiment, to try new ideas and solutions without a guarantee that they will work. An acceptance that in a relationship there is no such thing as a totally failed experiment. Some useful new information will always be discovered as a result of trial and error experiments

*  developing their own set of negotiation (conflict resolution) skills to deal with issues of conflict. Understanding that in every negotiation it is normal for one person to want more or less than the other. Negotiation it is just grown-up way of discovering a midpoint where both are comfortable with the outcome. These skills might include for example:

*  mutual sharing, give and take, trade-offs, one person giving up something in return for a benefit from the other

* agreeing to disagree rather than continue to let unresolvable issues damage the friendship. Agreeing to put a difficult matter on hold (time-out) for a fixed period of time before bringing it up again.

*  developing the ability to negotiate in a grown-up way about living arrangements, (cooking, tidying, shopping, laundry).

*  Finding ways to help make it safe for each partner to increase their sense of intimacy within the relationship. Understanding that the greater the level of intimacy the more it is normal to experience an increased sense of vulnerability. Developing ways to warn the other partner when this happens, so they can back off for a while or do something which will help make it safer for both of them.

Don't worry about these copyright notices at the foot of each page. It just means I want to hang on to legal ownership of what I write for use in future books.  Until that day, please feel free to copy and even adapt them for your own use and for friends as long as you acknowledge me as the author and owner of the copyright and you don't charge anyone for them. If you want to use them professionally or commercially (charge a fee for them) or for clients, each sheet you hand out must include full acknowledgment of copyright ownership as above and if  you are benefiting as a result, I would appreciate an appropriate sharing.